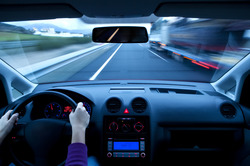 What is a field sobriety test?

A field sobriety test refers to various tasks that law enforcement ask drivers to perform in order to assess motor skills and basic cognition. By doing this, law enforcement officers attempt to determine whether or not the driver was under the influence of a controlled substance while behind the wheel.

There are a few common tasks that are performed in field sobriety tests. These include the following:

It is not uncommon for a combination of the above tasks to be performed.

Field sobriety tests are non-scientific measures of intoxication. There is no mathematical or systematic assessment of actual blood alcohol concentration (BAC) involved, and the tests themselves are not fully accurate in a number of cases.

Two factors that can affect a person's motor skills and cognition are stress and anxiety. When you are nervous, it may be difficult to do simple tasks that you take for granted. This is particularly true if officers are being intimidating. Traffic stops in general can be quite stressful, and this in itself can have an impact on the results of the field sobriety test.

Failing a Field Sobriety Test Does Not Mean You're Intoxicated

If you fail a field sobriety test, that does not necessarily mean that you have exceeded the legal BAC or that you are intoxicated at all. There are a number of cases in which sober people wind up failing multiple tasks in a field sobriety test simply out of nervousness or being under duress.

How Our Legal Team Can Help You

If you have been charged with drunk driving, it's important that you seek out legal assistance. A skilled DUI/DWI defense lawyer will fight for you each step of the way. Our legal team will look into the circumstances of your case to ensure that law enforcement acted responsibly during your arrest and that none of your Constitutional protections were violated. We will work on plea bargains and deals to help reduce penalties, and we will also give you advice on what to expect following the hearing and trial phase.

If you would like to learn more about drunk driving charges and how our legal team can help you in your time of legal need, be sure to contact our DUI/DWI lawyers in Austin, TX today. The entire team at the Law Offices of Jason Trumpler looks forward to meeting you in person and helping you make smart legal choices that will help you now and in the long run.