Ignition Interlock Devices as a Result of DWI By Jason Trumpler, P.C. on April 27, 2014 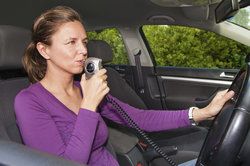 Few people would argue that drunk driving is an acceptable act or that it should be encouraged. Between DWI laws and public campaigns to curb this trend, drunk driving is almost exclusively looked down upon in society. And yet, thousands of people die each year in America due to auto accidents influenced by alcohol. In Texas alone, 1,296 fatalities were caused by alcohol-impaired driving - a 6 percent increase from the previous year. As per state law, intoxicated driving can carry serious penalties, even after only the first offense.

One such penalty is an ignition interlock device (IID), which is installed on a person's vehicle to prevent repeated offenses. Not only are IIDs the driver's financial obligation, but they can also be a source of inconvenience and embarrassment. Learn more about this consequence of drunk driving, as provided by Austin DWI lawyer Jason Trumpler.

How Does an Ignition Interlock Device Work?

An IID is essentially a breathalyzer test that is required in order to drive one's car. The device is connected to a fuel cell within the ignition, which in turn is responsible for allowing the car to start. After inserting the key into the ignition, the driver will be prompted to blow into the IID. After analyzing a person's blood alcohol content (BAC), the device will determine whether he or she is fit to drive, as determined by a pre-assigned maximum BAC level. If the level is acceptable, the driver will be allowed to start the car.

In addition to the initial test, an IID will also test a driver's BAC at intervals thereafter. These intervals may be set at increasing lengths or they may be randomized.

When Are Ignition Interlock Devices Mandated?

State laws vary in regard to when an IID should be legally required. In Texas, an IID is always given in conjunction with a suspended license, with stipulations allowing the person to drive under certain circumstances. Specifically, an IID is mandated in any of the following situations:

For any of these instances, the IID will be required for at least half of the driver's period of supervision.

Who Pays for an Ignition Interlock Device?

In Texas, it is incumbent on the person convicted of a DWI to pay for the device and its installation. If someone cannot afford this fee, the court may waive it and install the IID regardless. More often than not, however, the driver in question will be forced to pay the cost, even if a payment plan is needed. The initial installation may cost up to $100, with an additional rental fee of $50 to $100 per month of its use.

What Can Be Done about an Ignition Interlock Device?

Obviously, the best way to avoid DWI penalties (and potential injury to yourself or others) is to not drive intoxicated in the first place. However, if you are charged with a DWI and believe the allegations to be unfair, a competent DWI lawyer can help you plead your case effectively. In the event you are assigned an IID, it may also help to have an attorney on your side if you are falsely accused of not complying with it. No matter your situation, Jason Trumpler, P.C., is prepared to fight on your behalf.

Let Us Represent You

DWI is a serious crime with potentially life-altering consequences. Whether you are facing conviction or have questions about the penalties of a recent conviction, contact our office to gain a clearer understanding of how we can help you.